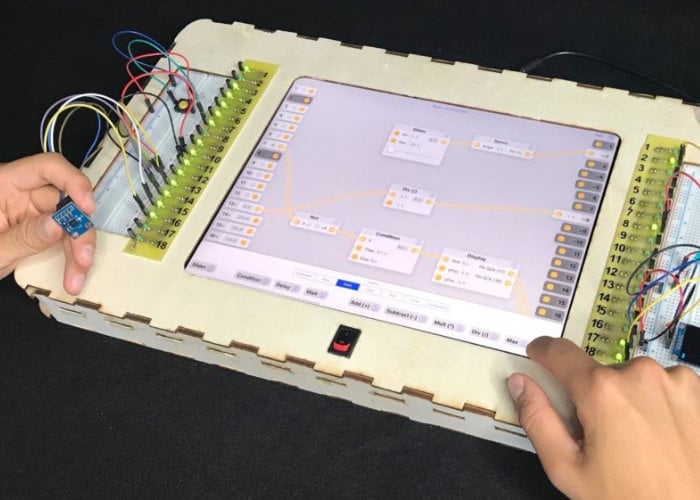 To help teach coding a new visual flow-based programming environment has been created by the Media Computing Group aptly named the Flowboard. The research project brings flow-based programming to Arduino microcontroller boards with an innovative hardware and software design. Watch the video below to learn more about the unique visual coding system and see it in action.

“Instead of command sequences, learners assemble processing nodes into a graph through which signals and data flow. Flowboard consists of a visual flow-based editor on an iPad, a hardware frame integrating the iPad, an Arduino board and two breadboards next to the iPad, letting learners connect their visual graphs seamlessly to the input and output electronics. Graph edits take effect immediately, making Flowboard a live coding environment.”

More details on the Flowboard jump over to the Media Computing Group website where a Flowboard construction manual has been uploaded and can be used to build your very own if required.