Guys, if you ever needed one less reason to stare at the breasts of women you don’t know, this is it. A new holster for concealed carry weapon users called the Flashbang Bra Holster has turned up. It appears to be a small fitted holster that will attach to the center strap of a woman’s bra to hold a small pistol for self-defense. It’s not quite machinegun jubblies like Austin Powers, but it’s about as close as you are going to get without your own fembot. 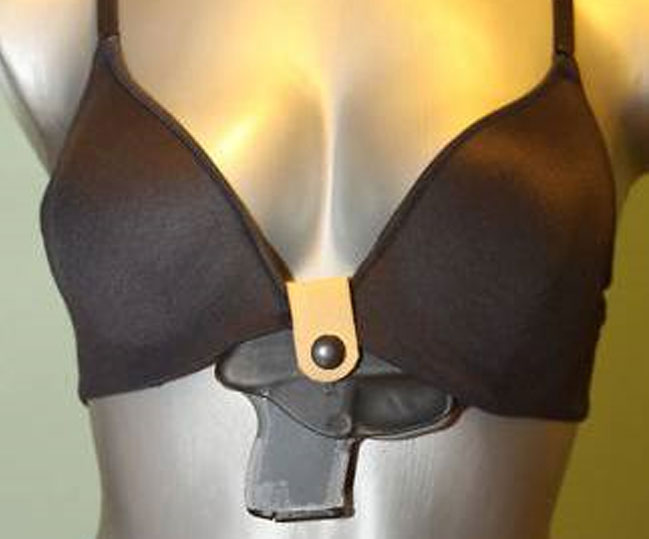 The company that makes the bra holster has a video showing a woman pulling her pistol from the bra holster and firing in less than two seconds with only minimal practice. The only thing I see is that with the model in the video, you can make out the outline of the gun at times. I guess that would vary with the size of certain assets.

A smaller pistol would be less easy to see and bigger ummm… bra sizes … would have an easier time concealing the weapon. The holster apparently sells for about $40 and can be purchased now. It will only work with specific firearms though so check compatibility.

Via The Firearm Blog