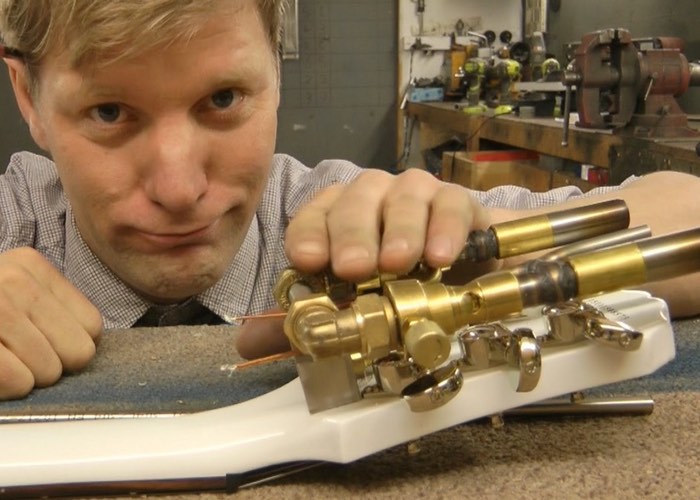 Inventor Colin Furze has once again been busy creating weird and wonderful gadgets and has this time created a flamethrower guitar which is powered by a little Arduino code that allows the instrument to be triggered in time with music and beats if so desired.

Check out the video below to learn more about the construction process Colin has undertaken, and look out for the next video in the series being released later today, during which Colin will actually show the guitar in action via his official YouTube channel.

Colin has also modified a Marshall amp to hold and control the fuel flow for the flamethrower guitar, check out the video below to learn more.

To bring this project life, Fruze added a pair of modified blow torches to the neck of the guitar and sawed off part of the instrument’s base to fit in the firing mechanisms. As you can see in his tutorial video below, the body is equipped with a gas reservoir on top, solenoid valves, a few switches, a gas supply to the blow torches, an inlet pipe, and some other components.