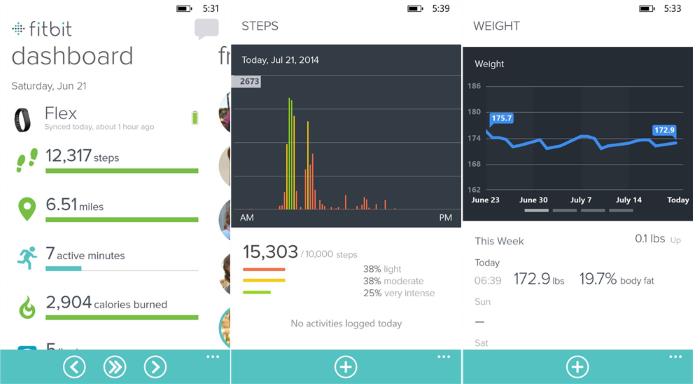 Fitbit is a popular name when it comes to smartbands, and comes with support for both iOS and Android, but Windows Phone was no where to be found.

Recently, Fitbit released an app for Windows Phone 8.1 devices, which give users the ability to track several fitness-related metrics such as calorie count, steps walked, distance travelled and more.

The app comes with live Tile support which give users the ability to check different metrics on the start screen. It’s not just tracking, users can even challenge their friends to see who is more fit and healthy — there are leaderboards, taunts, and much more. Here’s a highlight of all the features the app has to offer as per Windows Phone Store:

If you’re rocking a Windows Phone handset, and want to use Fitbit with it, head over to the Windows Phone Store and grab the official Fitbit app. Just make sure you’re running the latest Windows Phone 8.1 as the operating system.