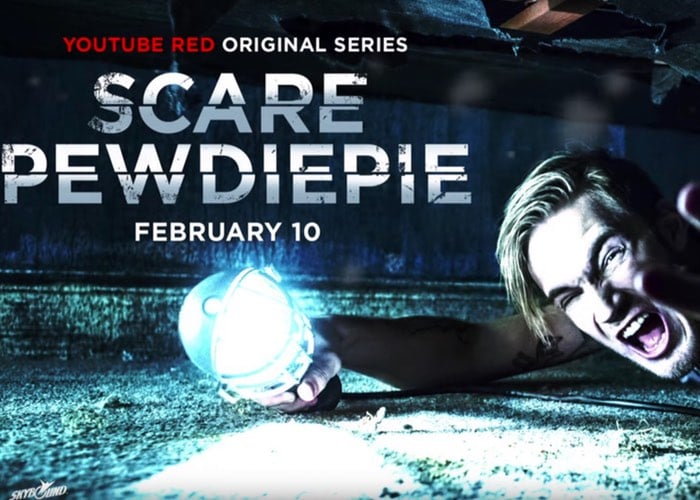 YouTube has released a new trailer to promote their first original programming that will launch via YouTube Red later this week on February 10th. The new YouTube originals will take the form of PewDiePie’s new show in the form of Scare PewDiePie. As well as three movies from YouTube creators.

Check out the trailer for Scare PewDiePie which will first be available to watch in the US and put the YouTube star in a reality adventure series that that ‘take horror games to the next level.’

YouTube Red is a paid membership service with Ad-free videos, the ability to save programming offline. The series staring PewDiePie has been created by the team responsible for The Walking Dead and Maker Studios. Google explains :

YouTube Red is available in the U.S. If you leave the U.S., you won’t be able to save videos offline, videos won’t play in the background, and you will see ads. Any videos that you’ve saved offline before leaving the U.S., will continue to be available offline for 30 days.

For more information on the new YouTube Red service jump over to the official website via the link below.