Hurrah for another breakthrough in medicine! A wirelessly controlled, implanted drug-delivery chip made its first successful administrations of a drug for osteoporosis, normally given through an injection daily. 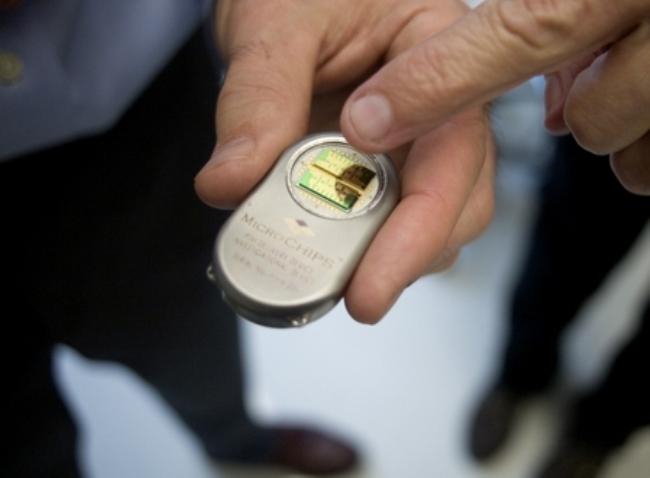 The idea which was developed by professors Robert Langer and Michael Cima of Massachusetts Institute of Technology is considered “pharmacy on a chip,” as one can ‘instruct’ it to control drug delivery and even administer multiple drugs. The chips are seen to be beneficial changes to treatment especially to diseases with strict drug-taking compliance, like cancer and multiple sclerosis.

Effectiveness of the chips were tested starting January 2011 in Denmark. The study involved seven women with osteoporosis, and the drug administered was teriparatide. In the study, the implants were found to deliver the same dosages as injections, with no other health risks.

The development of the implantable chip was started by the MIT team in mid-1990s, and they published initial findings in 1999. MicroCHIPS , the company behind the successful tests, plans to create versions of the chip with larger doses and more varied drugs.