There really isn’t very much information about this Windows Phone 7 smartphone from Asus, but from the looks of the photo it could be a production prototype. 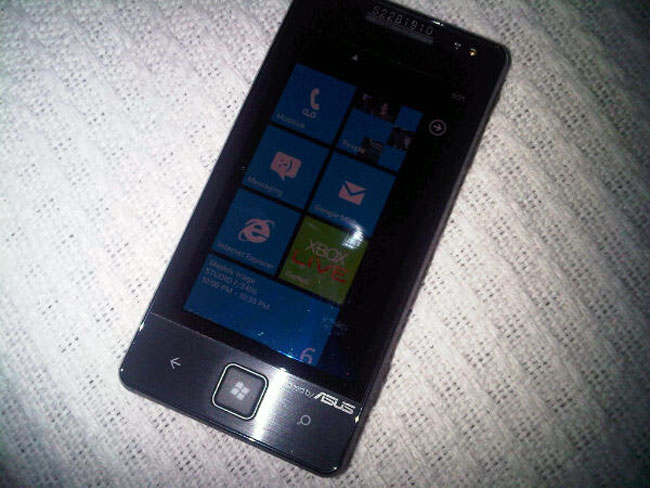 The photo was tweeted by twitter users Shaistajafri, and as you can see that there is branding on the phone which says ‘powered by Asus’, what do you guys think, is this one of Asus’s upcoming Windows Phone 7 handsets.