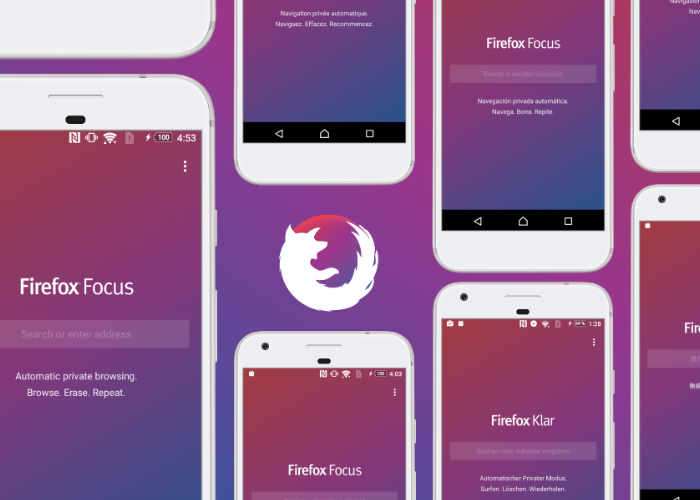 After launching the iOS version of their Firefox Focus last year, Mozilla has today released a version for Android devices allowing users to block unwanted adverts and protect their privacy from trackers both social and analytic/e-commerce.

Firefox FocusWorks on both smart phones and tablets and allows you to easily raise your Internet sessions with a simple tap. Firefox Focus allows you to browse the web without being followed by tracking ads which are notoriously known for slowing down your mobile experience. Check out the demonstration video below to learn more.

For the Android release of Firefox Focus Mozilla added the following features:

– Ad tracker counter – For the curious, there’s a counter to list the number of ads that are blocked per site while using the app.
– Disable tracker blocker – For sites that are not loading correctly, you can disable the tracker blocker to quickly take care of it and get back to where you’ve left off.
– Notification reminder – When Focus is running in the background, we’ll remind you through a notification and you can easily tap to erase your browsing history.

For Android users we also made Focus a great default browser experience. Since we support both custom tabs and the ability to disable the ad blocking as needed, it works great with apps like Facebook when you just want to read an article without being tracked. We built Focus to empower you on the mobile web, and we will continue to introduce new features that make our products even better. Thanks for using Firefox Focus for a faster and more private mobile browsing experience.

Jump over to either the Google Play or Apple App Store to download a copy of Firefox Focus.