Early this week Firefox 8 was available to download via FTP but now Mozilla has now made Firefox 8 available as a download from its main site. The new  update to Firefox for Windows, Mac, Linux and Firefox for Android, includes new features which have been designed to make Web browsing easier and give users and developers more control of their browsing.

One of the features to be added is support for Twitter searching which is included within Firefox for Windows, Mac and Linux, making it easier for you to discover new topics, #hashtags and @usernames. 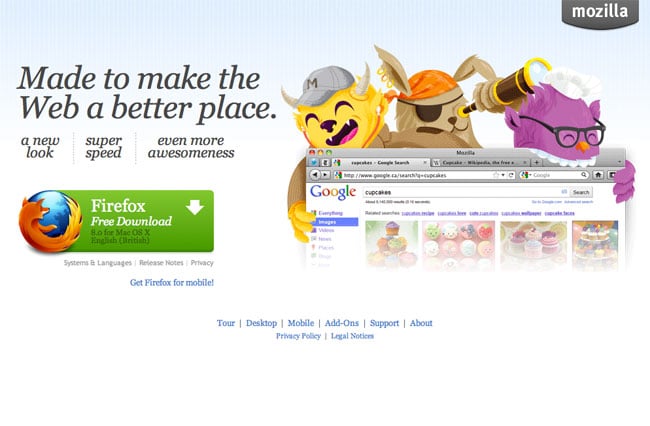 Other new features in the new release include the ability to now load tabs on demand, making it much faster for you to restore your windows with many tabs. Mozilla has now also disabled automatic installation of add-ons created by third parties without your permission, and now allows you to pick the ones you want to install.

Also the new HTML5 markup, within Firefox no allows Web developers to customise the options users have when they right click their mouse within the menu, which will now save them having to build their own custom menu. For more information on the new developer updates click here.