With downloads of Mozilla’s new Firefox 4 browser now approaching 40 million downloads since it was released last Tuesday. It doesn’t come as much of a surprise to see it now jump in to a global usage share of around 5 percent, leaving Microsoft’s new IE9 down in a pitiful 1.5 percent share.

Even though the release of Microsofts IE9 launch was backed by the biggest advertising campaigns the company has ever seen in recent history, you can already see the huge surge of Firefox 4 from its launch day release. 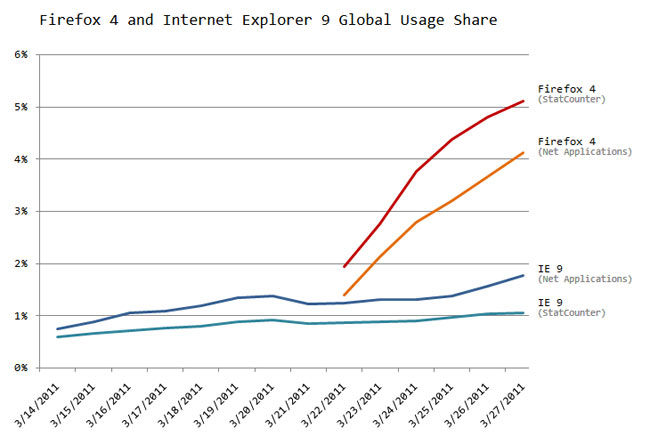 If you haven’t already downloaded the new Firefox 4 browser you can download it from the Mozilla website. Enjoy!

You can also watch the total rise and see a few interesting stats regards the downloads figures on the Mozilla glow site Firefox 4 download total.