It requires electric power transmission systems be installed on industrial machinery. Call it a straightforward solution to industrial emissions that has tons of potential.  The guys from Aalto University are responsible for this minor breakthrough which could find wide acceptance in factories across the globe since it doesn’t affect efficiency. 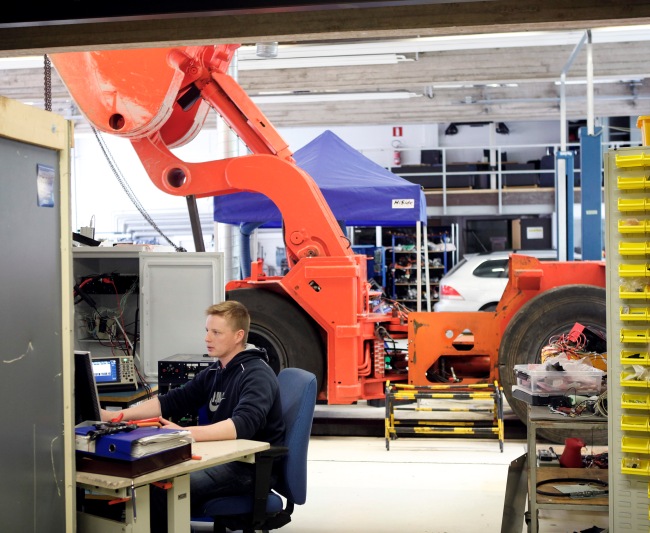 The researchers have added an electric power transmission system into the machines. The machines then become hybrids with both combustion and electric engines. Similar technology has already proven successful in personal cars; however, hybrid cars only capture energy from wheels during deceleration, whereas work machines create most of the extra energy during work tasks. This energy has not been captured until now.

The researchers at the Finnish Aalto University are now analyzing the work cycles of different types of machinery in order to find out which work tasks allow energy to be captured. Deceleration and lowering a load are typical examples. This technology enables short-term energy storage, making it possible to store energy for later use during a peak in power demand. The electric transmission generates other side benefits such as better controllability, operator comfort, efficiency and more freedom in the machine structure.

The goal is to reduce fuel consumption and carbon dioxide emissions. Another benefit of hybridization is that it leads to lower operation costs as well. With electric power transmission, the machines may even be connected to normal wall sockets.

Of course, the ultimate goal here is to transform the energy use of industrial machinery in almost every major field, be it manufacturing or even research. As the Aalto University team broaden their research, the chances of a minor revolution in factories is at hand.