Actually the only hints that this particular plush action figure is Walker Texas Ranger are the belt buckle and the tag. It doesn’t resemble Chuck [insert superhuman feat here] Norris; the forehead is too narrow and the prominent jaw lacks the right amount of grizzle. Also, why is he packing Uzis? Chuck always works with his hands. He’s always got a pair of WMDs at the ready remember? Then again, it’s a toy so give it a break. 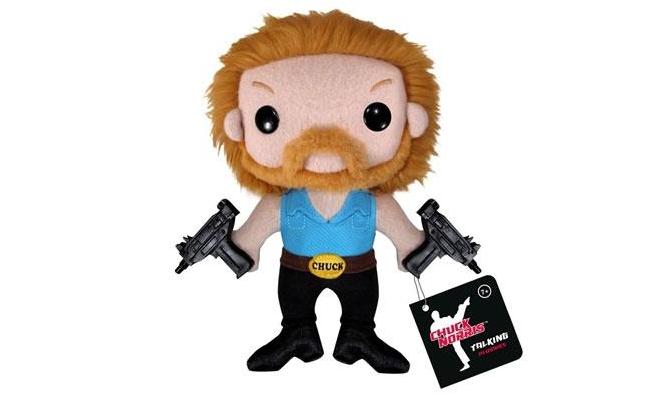 The product page even has a couple of those Chuck Norris facts-memes (“If at first you don’t succeed, you’re not Chuck Norris”) plus a few extra details—it measures six inches by eight. The most important part is this plus toy costs a mere $13.45.

If you though the all-star (more like all-washed out action star) action flick The Expendables was bad, wait till you catch the trailer for the sequel. Chuck Norris is in the cast!