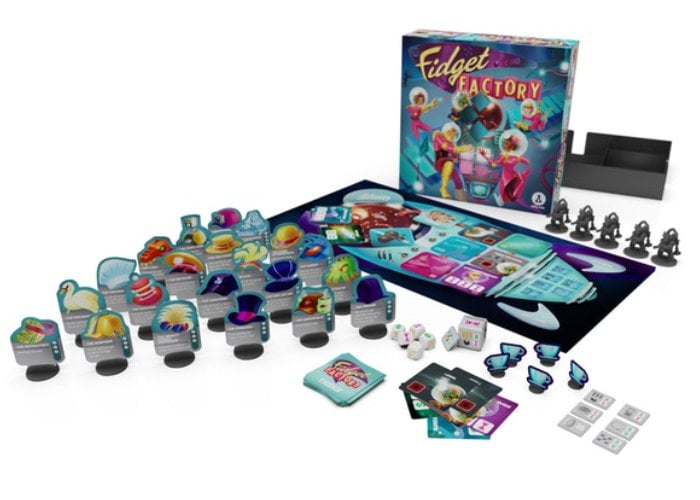 Matthew and Mark McLachlan the creators of the fidget cube that successfully launched via Kickstarter raising more than $6 million in the process thanks to over 154,000 backers. Have returned once again to the crowd funding platform to launch their new board game Fidget Factory.

The unique game has been designed using some of the experiences, issues and production process used to create the original fidget cube. Allowing you to enjoy the process as you try to build your very own while competing against other players. Watch the overview video below to learn more about the “fast-paced, chaotically fun co-op game in which you and other members of a small startup will scramble to make and deliver a product before time – and your coffee – runs out. Fidget Factory is loosely based on our experience making Fidget Cube – except in this version of the story, you and your co-founders will be undertaking the endeavor in space.”

“In addition to being a part of the Fidget Factory story from day one and being able to say that you made this game possible, there are a few goodies that we’re including specifically for Kickstarter backers that will not be available once the project comes to an end. These extras are not necessary for the core gameplay experience in Fidget Factory – rather, they’re our way of saying “thank you!” for being an early adopter and believing in this game from the start.”

Earlybird pledges are available from $29 for the Base Edition and worldwide shipping is expected to take place during June 2020.