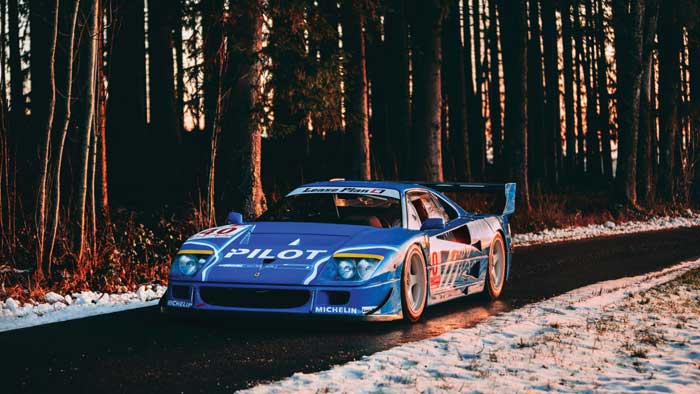 One of the most iconic of all Ferrari cars is the F40. A unique 1987 Ferrari F40 LM is going up for sale at auction. The car will cross the auction block at RM Sotheby’s in Paris on February 6.

It’s expected to sell for up to $6.28 million. Of the scant number of F40s ever built, only 19 were made to LM or Competizione specification. This is one of the most iconic of those cars with its sweet Pilot livery.