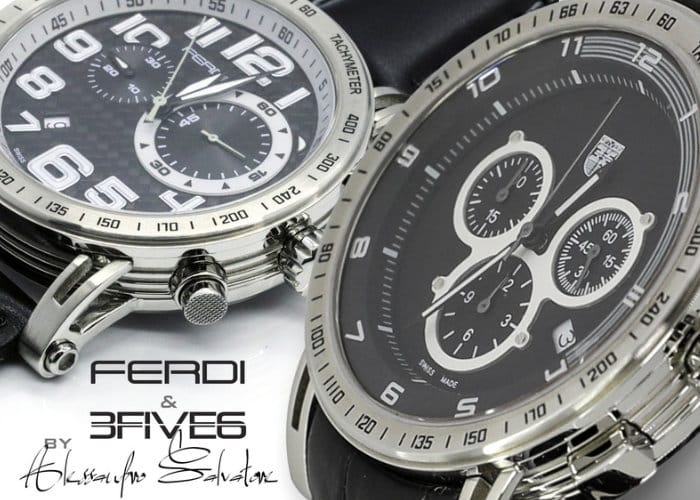 Alessandro Salvatore has this week taken to Kickstarter to raise the AU$50,000 required to take a range of handcrafted Swiss watches into production, inspired by the iconic Porsche 356 car and its designer Ferdinand Porsche. Watch the demonstration video below to learn more about the watches design and construction.

The movement is a Ronda 5021.D for Ferdi and 5030.D (10/13 Jewel Swiss quartz movement) respectively. Designer Alessandro explains that these movements are used in a wide variety of watch brands such as Luminox, Shinola, Christopher Ward, Swiss Army, a.b.art as well as others which then retail from $600 up to $2,000 in price. All the watches are hand assembled and feature “museum grade” sapphire crystal with glare reduction.

For more information, full specifications and a full list of all available pledges jump over to the official Kickstarter campaign page by following the link below.