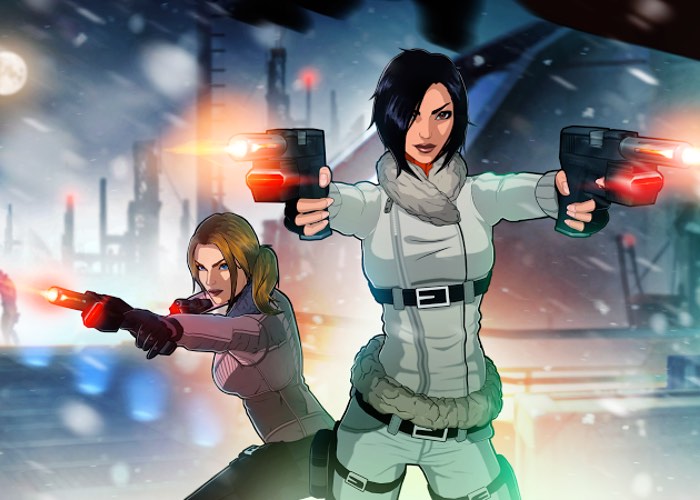 After being announced last week that developers Sushee would be launching a Kickstarter campaign to help bring to market the new officially licensed sequel to Fear Effect 2.

Fans and gamers will be pleased to know that the Kickstarter campaign is now live and has already raised over €23,000 in just the first few hours since launch, thanks to over 640 backers.

Watch the promotional Kickstarter trailer below to learn more about how Hana, Rain, Deke and Glas return in a brand new Fear Effect adventure being created by developers Sushee who have been fully endorsed by Square Enix. Sushee explain a little more :

Fear Effect Sedna is a real-time tactical action game. Become reacquainted with the famous team of Hana, Rain, Deke & Glas in a brand new adventure. From Hong Kong to Greenland, through Inuit mythology and with new partners, will you dare to face the spirit world once again?

– New environments in isometric view: Explore the deep caves of Greenland, abandoned scientific complexes, underwater stations and ethereal realms based on Inuit mythology.
– A real-time tactical action game: Exploit your heroes special abilities, and combine them to maximize your team’s effectiveness in attacks.
– A deep and mature story: Learn more about Fear Effect’s iconic characters’ past as they delve into this new mystery.
– Explore a whole new culture: Myths from the Inuit people are imbued with power of the elements and the cold sea. Meet and fight unexpected creatures from the spirit realm!

Be part of a new Fear Effect adventure with Fear Effect Sedna, a new episode in the series that takes place four years after the events in Fear Effect 1! Things have changed for the team. Hana, freed from the Triad, lives with Rain in Hong Kong and works as an occasional mercenary, while Deke has grown apart from them since Glas returned to the US.

For more information on the new Fear Effect Sedna game jump over to the Kickstarter website for details and to make a pledge to help the game become a reality with early bird offer is available from just £12 or $17.