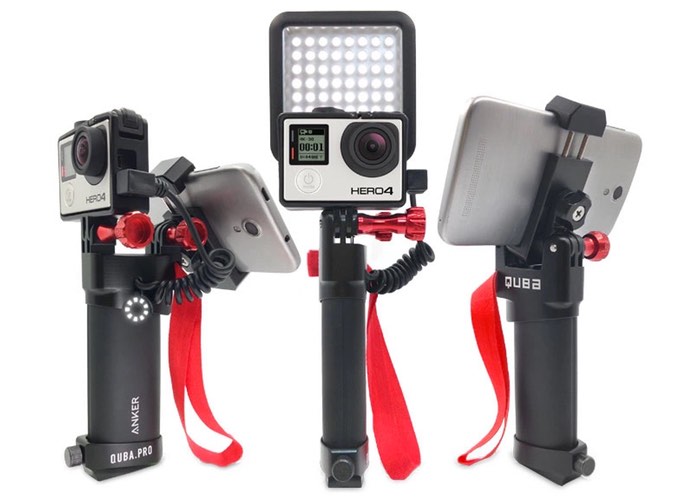 Building on the design of the first Fatbat that was launched via Kickstarter back in June 2015 the development team has now refined the design and added a number of new features.

To recap Fatbat provides an external battery together with a stabilisation grip that can be used with action cameras such as the GoPro, SJ4000 and others as well as being capable of holding steady your smartphone for video recording, photographs and selfies.

FATBAT is the premium high capacity external battery, that charges all of your gadgets and provides the power for your smartphone or action camera for entire 10+ hours shooting day on the one FATBAT charge!

FATBAT 2 is the second generation of the QUBA.PRO best seller FATBAT battery. The first model of the FATBAT, has reached 345% on the Kickstarter in 2015. NEW DESIGN. Completely new body with the innovative Dual universal mount. You can mount two devices together: the camera + accessory or the smartphone + accessory on your choice. As example:

For more information on the new Fatbat 2 battery jump over to the Kickstarter website for details following the link below.