We have seen plenty of fake Apple’s stores in China, last year quite a few were discovered and then subsequently shut down by the authorities, but I think this may be the first fake Android store we have seen.

The photo below was taken by Brian Glucroft from Isidor’s Fugue, and the store is located in Nanping in Zhuhai in the Guangdong province. 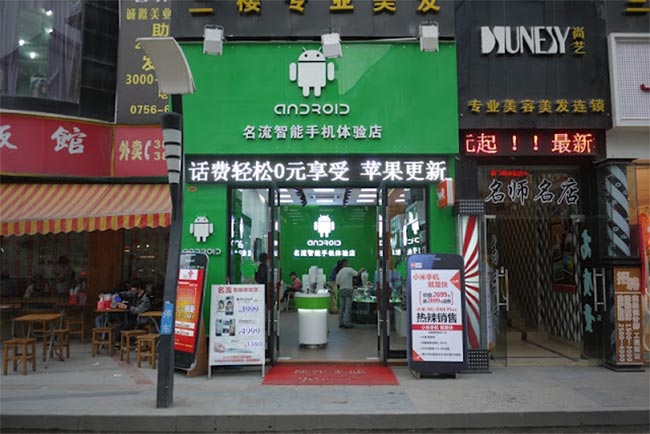 As well as selling a number of Android devices, the store also sells a range of Apple products including the iPhone and iPad, you can see more photos of the fake Android store here.