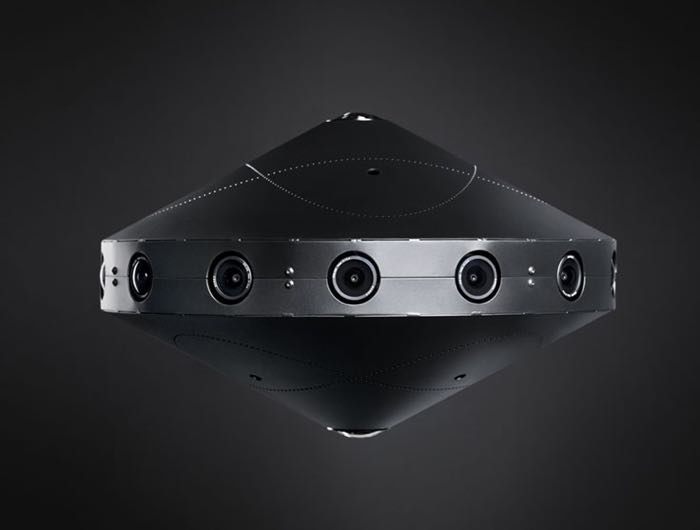 Facebook has announced a new 3D virtual reality camera called Facebook Surround 360 and the company has announced that they are making the camera open source.

The camera comes with a total of 17 lenses and it can capture images in 360 degrees, the images can be rendered automatically.

When we started this project, all the existing 3D-360 video cameras we saw were either proprietary (so the community could not access those designs), available only by special request, or fundamentally unreliable as an end-to-end system in a production environment. In most cases, the cameras in these systems would overheat, the rigs weren’t sturdy enough to mount to production gear, and the stitching would take a prohibitively long time because it had to be done by hand. So we set out to design and build a 3D-360 video camera that did what you’d expect an everyday camera to do — capture, edit, and render reliably every time. That sounds obvious and almost silly, but it turned out to be a technically daunting challenge for 3D-360 video.

Facebook have said that they will made the design for the camera and also the software open source this summer, you can find out more details at the link below.