Facebook began offering its users with the opportunity to purchase and send physical gifts to their friends, families, and significant others not even a year ago. However, the company has decided to do away with the service and focus on digital gifts only. The change is already starting to take effect, and should be implemented completely within two weeks.

Facebook decided to do away with physical Gifts simply because not enough people were purchasing them. 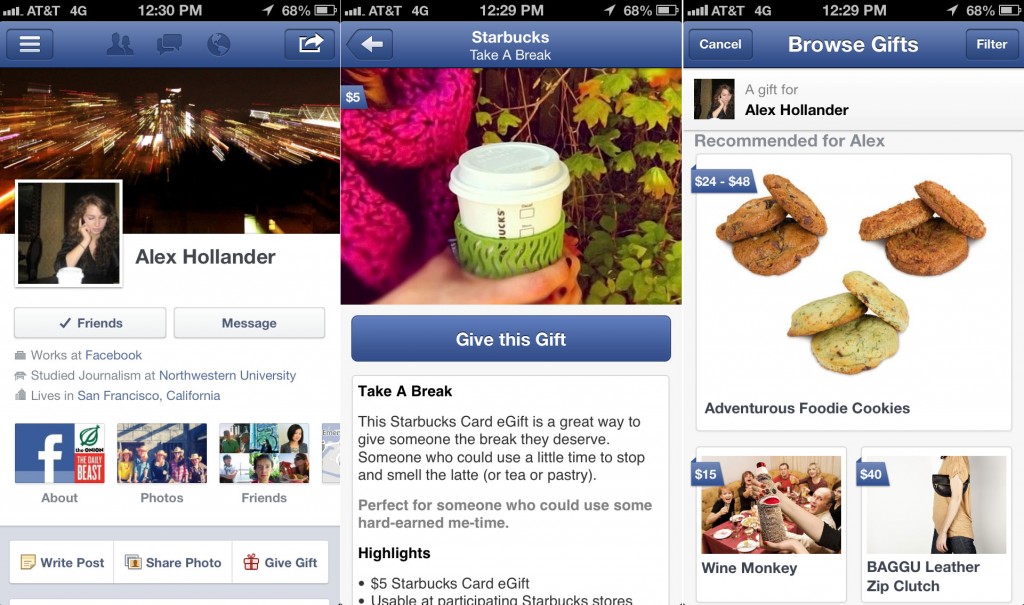 It was costing them money and they decided to stop while they were behind. Small businesses make this mistake all the time – not seeing a marketing strategy through long enough to see if it actually catches on – but when you’re running a company as successful as Facebook it’s a good business plan.

How many people even knew they could buy Gifts through Facebook, physical or digital? I didn’t. While I’m not exactly the biggest Facebook user, I’m willing to bet most others didn’t know they could do so either.

Why would you buy chocolates for someone through Facebook anyway? It’s a time sensitive act that doesn’t need another middleman involved. Just call up a local flower or chocolate shop or do it yourself. The gesture will mean more than, “Oh, he got me something on Facebook while updating his status.”