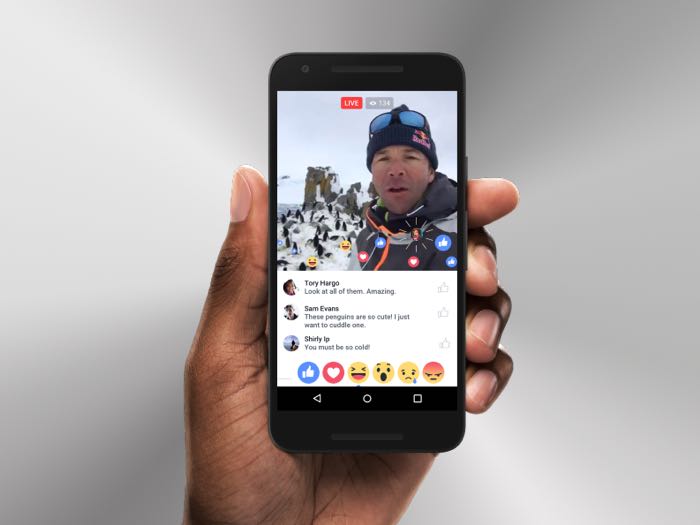 You can now share your live broadcast with people in a particular Facebook Group, people on the group you have selected will be the only ones who can see the live video.

Facebook Events lets you organize and event which can be live streamed to people who have been invited to the event.

There are also a number of other new features which include Live Reactions, Replay Comments and Live Filters.

Live video on Facebook is truly interactive as broadcasters engage with their commenters and respond to their suggestions and questions. In fact, from initial data, we’ve seen that people comment more than 10 times more on Facebook Live videos than on regular videos. We want people watching the broadcast after the fact to feel “in” on the action. To achieve this, we will replay comments as they happened during the live broadcast when people watch it later.

Facebook have said that there will be a software update for the iOS and Android versions of Facebook Live in the next few weeks which will add all of these new features to the app, you can find out more details at the link below.