Facebook wants people to know that it’s taking their security seriously, so it released the financial statistics for its Bug Bounty program. The program pays people who report security bugs depending on the severity and complexity of the bug. In the last two years, Facebook has paid over a million dollars to 329 bug bounty hunters.

The youngest of the group is reportedly 13-years-old, and payouts range from $500 – $100,000+. Some bounty hunters have even been paid multiple times. However, despite Facebook’s efforts, more than six million accounts were exposed in June alone. 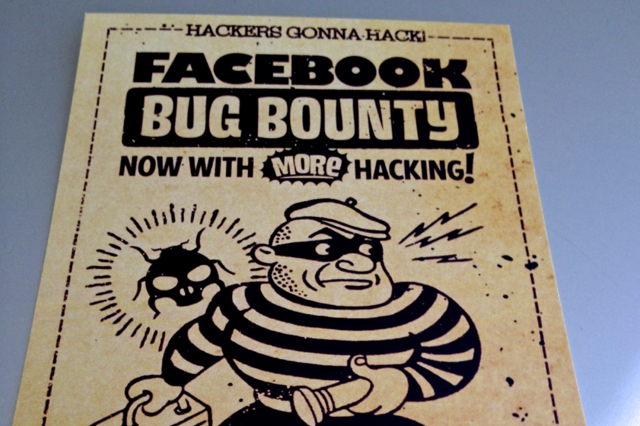 Facebook is doing a lot, but is it doing enough? Six million accounts in one month may sound like too many, but there are over one hundred million Facebook accounts. Most of those broken into are most likely due to security failures by the person in question and were committed by someone close to them.

Regardless, it’s easily avoidable by not loading your Facebook full of personal sensitive information. Think before you post people, and even if your account is broken into or, theoretically, spied on by the government, you won’t suffer any repercussions.

That being said, anyone know about a Facebook security bug I could turn in?