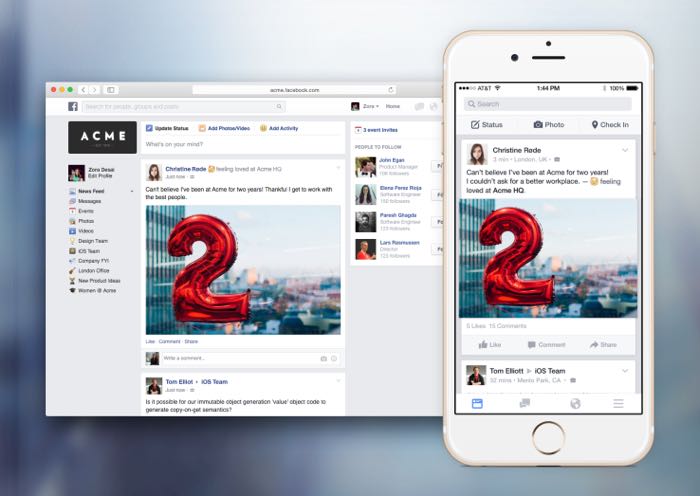 Facebook at Work is a new product from Facebook that is being launched as an Android and iOS app which the company is simply calling ‘Work’.

The new Facebook At Work feature will also be available on the web, and it is designed to let businesses can company’s create their own social networks with their employees.

Facebook at Work is launching in Beta, although Facebook has said that they have been working on the software for the last 10 years, as it is actually based on the internal system that the company’s employees use.