The oft-forgotten bright side of the vast numbers of apps hitting Apple’s digital store front every day is that some will push the boundaries and innovate. One such game is seemingly coming from Ngmoco Sweden, or Scattered Entertainment as it’s been rather AAA-ishly been branded, in the form of The Drowning. 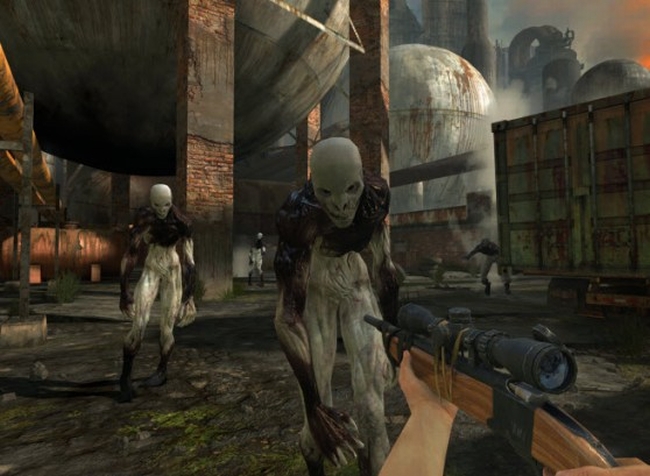 Visually impressive iOS shooters have always been hampered by dodgy virtual joystick controls. The Drowning is aiming (no pun intended) to change all that, with a new control system predicated on shooting by tapping two fingers, with the bullet heading to the middle point between the two taps.

Movement is handled automatically after tapping a destination point. Monetisation is handled via a resource and weapon crafting system rather than outright selling guns. Hopefully this will all add up to a compelling package on release in early 2013.