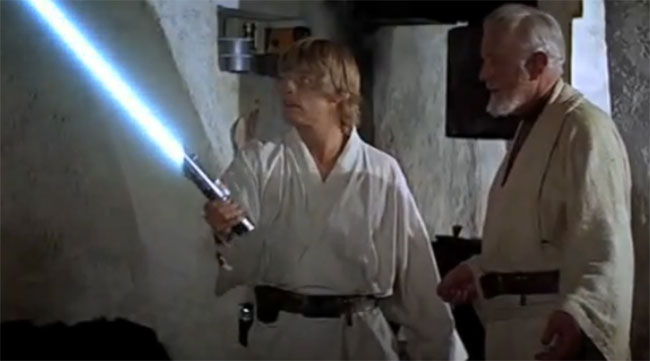 It took the creator Eric six hours to create the footage for the short film and Eric has only used footage where you can actually see the Lightsaber ignite or retract and not just hear the Lighsaber, by intention. All the retractions are then shown in reverse chronological order. Enjoy.

Which ignition is your favourite?