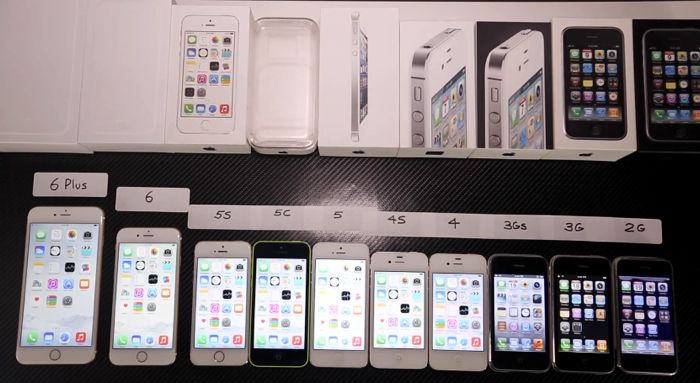 The first iPhone was launched back in 2007, and since then Apple has released a total of 10 different models of the iPhone, this includes the new iPhone 6 and iPhone 6 Plus models that launched last Friday.

If you are wondering how things have changed since the iPhone 2G was launched back in 2007, we have a video from Everything Apple Pro, comparing the handsets side by side.

Each of the 10 models of the Apple iPhone in the video are running the last version of Apple’s iOS for that device, so the later models are running Apple iOS 8 which was released last week.

It is interesting to see how far the Apple iPhone has come since the iPhone 2G, what is also interesting is that the iPhone 5S boots up first and also performs pretty well compared to the new iPhone 6 and iPhone 6 Plus.