Settle down now, it was a joke by CCP senior producer Arnar Gylfason. Mostly. We hope. It’s hard to really say what with previous CCP stunts like $70 in-game monocles. And even though banging up a golden scorpion in 3DS Max would probably take all of thirty minutes for any self-respecting artist on staff at CCP, we’re pretty sure CCP isn’t doing this just because it can. 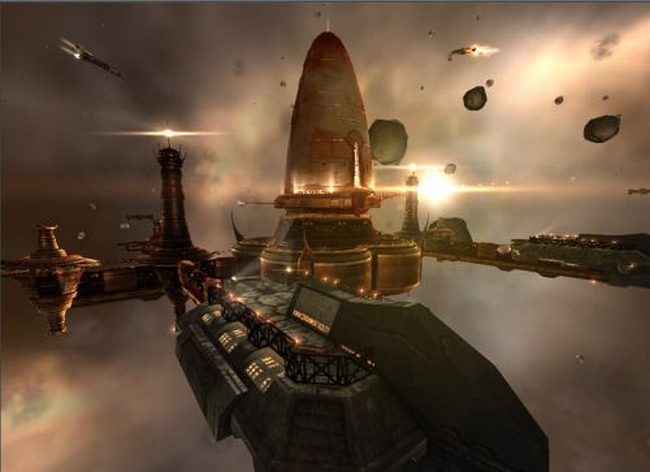 You’d think the game’s community would be up in arms, but you’d be wrong. Turns out EVE’s player council is content to let stupid be stupid. Their view “is that if they come out with something like – just as a hypothetical [example] – unique ship models with limited runs that they want to charge $1 billion for: as long as it doesn’t impact the competitive gameplay of Eve Online – If some crazy rich person wants to buy that, I don’t care and, by and large, the CSM doesn’t care, and that money helps go to develop Eve.” Develop Eve, yes, but the more pertinent question would be into what?