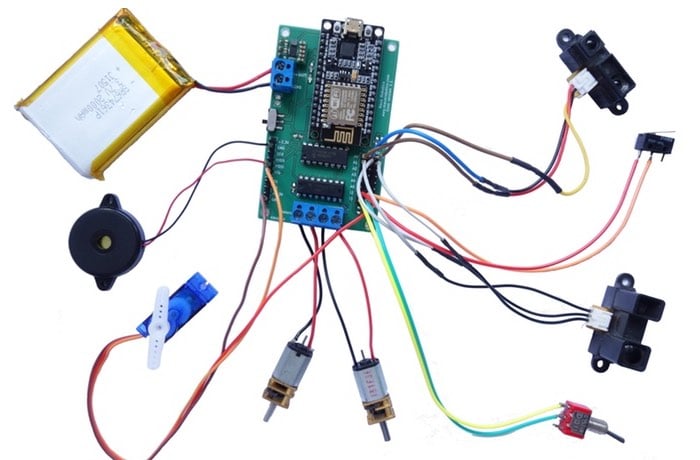 Makers, developers and hobbyists may be interested in a new Internet of Things and robotics controller board which is being created by Nicolas Macé based in Rennes, France called the Esus.

The Esus board has been specifically designed to provide a small yet powerful wireless robot controller board which is equipped with a ESP8266 Wifi micro-controller and offers 100 percent Arduino compatibility.

Watch the video below to learn more about the features, inspiration and design of the Esus board which is taken to Kickstarter to raise the funds it requires to go into production. Its creator explains a little more.

The Esus Board is an Arduino compatible Wireless programming board with ESP8266 microcontroller, motors drivers and analog/digital converter. The Esus Board is designed to support : motors, infrared, light, temperature sensors or interrupter switch. You just need the Arduino IDE software and a micro usb cable. Design and program your own apps for control real word with Esus Board.

The Esus board prototype has already been been assembled and tested. I have chosen electronics components that are available in large quantities from reputable distributors and I have developed other boards with the same manufacturer. Specifications include :