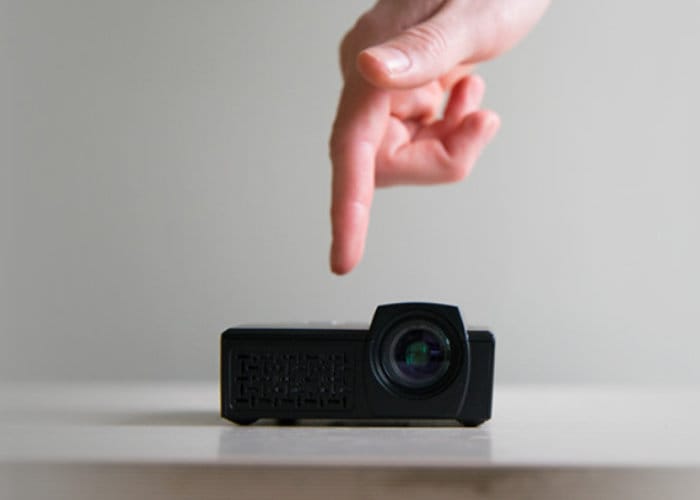 A new pocket projector has been launched via Indiegogo that is capable of projecting a massive 150 inch HD picture and also supports screen mirroring and is simple to set up. Watch the demonstration video below to learn more from its creator Ray Bracy. The Epic Event pocket projector is now available to early bird backers price from $419. If all goes well have become paid a successful worldwide shipping is expected to take place during June 2018.

Offering 300 lumens and a resolution of 1280 x 1080 pixels the pocket-sized projector easily competes with larger more bulky projectors and is equipped with an internal battery that is capable of providing up to 3 hours of use on a single charge. “Not only is this projector portable, but it’s also lightweight and small enough to fit into your purse or pocket, coming in at only a half-pound and no bigger than two decks of cards!” say it’s creators.

For full specifications and more information on the companion smartphone application that is compatible with iOS, Android devices as well as Xbox or PS3 PS4 consoles, to enable you to seamlessly stream your favourite entertainment directly to the projector. Jump over to the official Indiegogo crowdfunding campaign page by following the link below.