Velocity has unveiled a couple of new Android tablets its added to its range in the form of the T408 and T410 tablets running Android 2.3. The larger of the two the T410 is equipped with a 10 inch capacitive touchscreen with a resolution of  1024 x 600 16:9 and powered by a 1GHz Cortex A8 processor.

The smaller 8 inch T408 model is also equipped with a capacitive touch screen, and the same as the T410 is fitted with a front facing camera, Android 2.3, 802.11n wifi, and powered by the same 1GHz Cortex A8 processor.

Both tablets are supported by 512MB of RAM and 4GB of onboard storage. Watch a promo video for the new tablets after the jump. 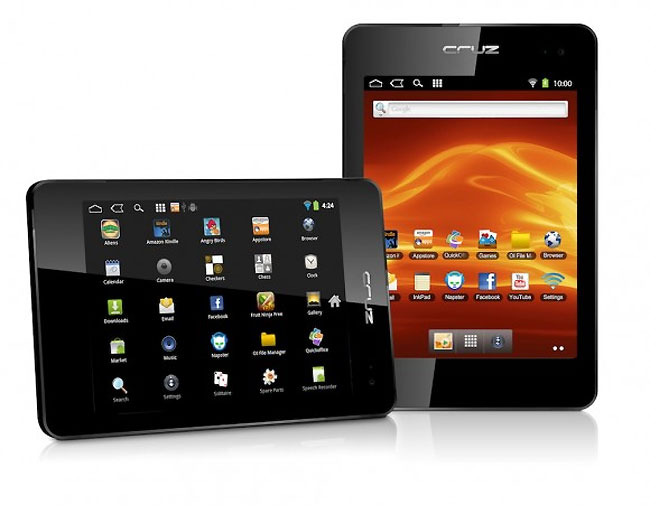 Velocity says they have focused on speed and value when creating the new tablet and both the CruzT410 and Cruz T408 will be arriving at the end of the month and will be priced at $239.99 and $299.99 respectively. But unfortunately they are not eligible to access the Android Market.