Elliptic Labs has developed a new touchless gesture control system for Microsoft’s latest Windows 8 operating system, which has been designed to enable users to take advantage of natural gesturing to navigate Windows 8.

The new system unveiled by Elliptic Labs uses ultrasonic touchless technology, and uses up to 95% less power than existing camera image-based gestural systems which are currently on the market, says Elliptic Labs. Watch the video after the jump to see the new touchless gesture control system in action. 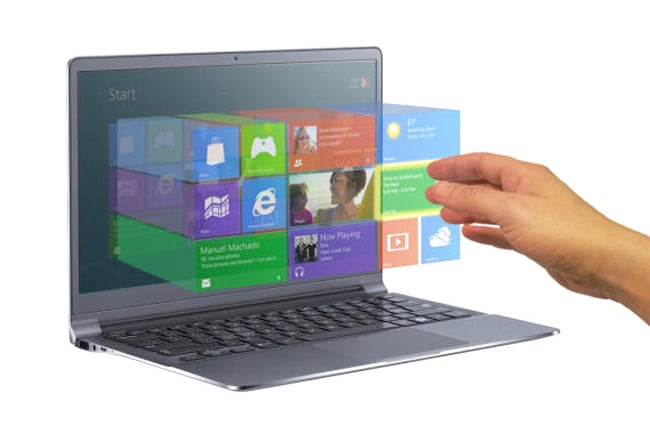 Elliptic Labs has also developed an “Elliptic Ultrasound Starter Kit for Laptops”, to provide developers with an out-of-the-box solution for them to start integrating the new touchless gesture-based system within their hardware.

“Microsoft’s new metro interface changes how consumers interact with the operating system and the design is a perfect fit for touchless gestures. Elliptic’s Windows 8 Gesture Suite gives the users a touchless version of the gestures they already know from a touchscreen and allows the user to interact in an even more natural and intuitive way without having to touch the screen.”

For more information jump over to the Elliptic Labs website for full details on the new touchless gesture-based control system.