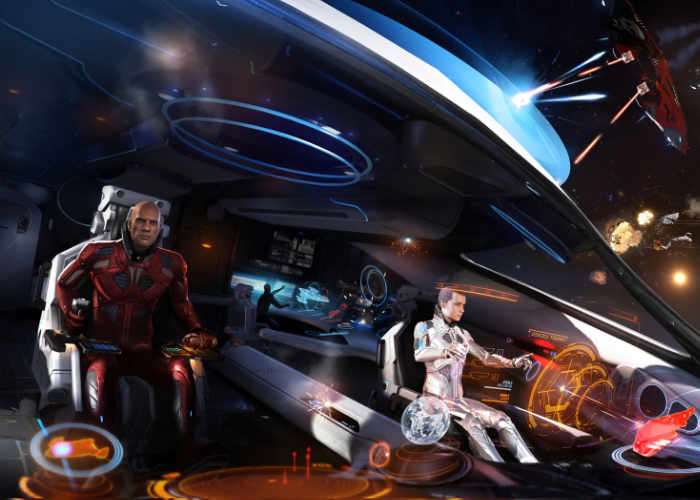 The highly anticipated new update for the space simulation trader and combat game Elite Dangerous has been rolled out this week in the form of Horizons 2.3 – The Commanders which brings with it the long-awaited multi-crew co-op feature players have been waiting for.

As the name of the future indicates you can now assume one of three specialised roles within a spacecraft including pilot, gunner and fighter which commands a ship launched fighter deployed from the mothership’s launch bay.

Check out the video below to learn more about what you can expect in the Commanders 2.3 update which is now available to download on PC and Xbox One. PS$ players will soon have the update made available.

Elite Dangerous 2.3 – The Commanders arrives at a time when all eyes have turned to Merope, where the Empire and Federation are drawing closer to a collision, and the Commanders of the Pilots Federation have encountered a spacecraft unlike anything designed by humanity. Elite Dangerous 2.3 puts its Commanders front and center, with new ways to play and new discoveries to be made. Available for PC and Xbox One. Coming Soon to PS4.