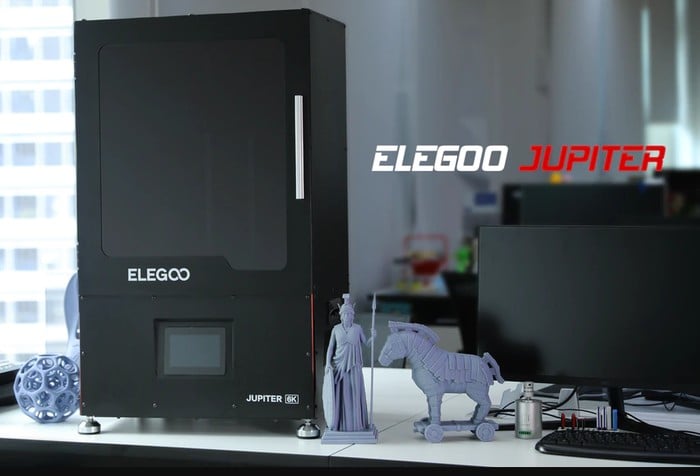 The engineers and designers at ELEGOO have created a large-scale, high precision MSLA 3D printer that is capable of printing intricate parts directly in your office. Equipped with a 12.8″ 6K and 5.0″ capacitive screen the 3D printer offers a build volume of 277 x 156 x 300 mm and offers a layer thickness between 0.012 to 0.2 millimetres with a variable printing speed from 30 to 70 mm/h and a Z axis accuracy of 0.00125 mm.

Jupiter can be equipped with a mini air purifier, activated carbon can absorb and filter the irritant resin odor before they are ventilated throughout the cooling fan at a super adsorption rate, which gives you a fresh and safe user experience and is equipped with a powerful internal COB light source, with high light utilization and light power. Backer early bird pledges are now available for the novel project from roughly $740 or £535 (depending on current exchange rates). 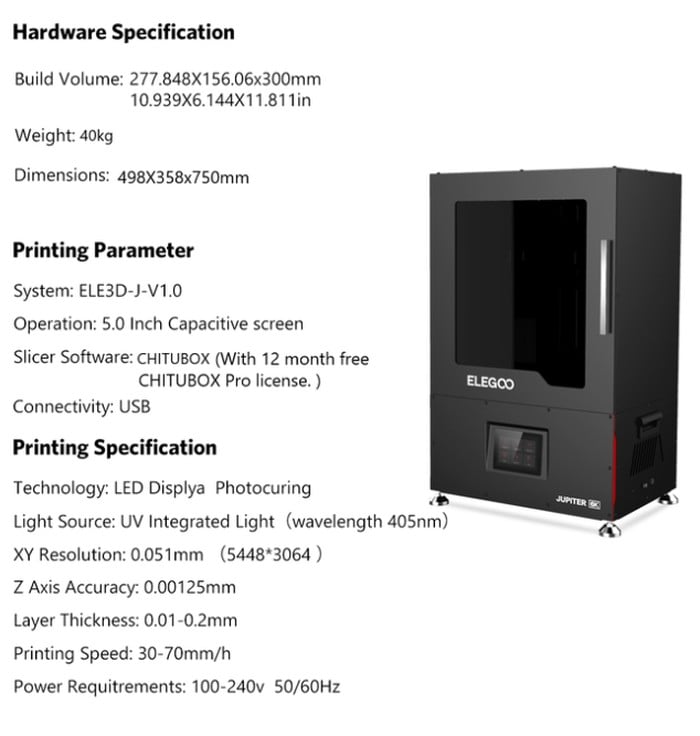 “The outer casing, Mono screen, and Z-axis modular can all be disassembled and assembled. Then you can easily upgrade the Jupiter with the expansion kits(you can increase the height of the Z-axis to 500mm for example). It’s also a chance that you can assemble a resin printer by yourself. As the owner of Jupiter, you can complete the assembly in 30 minutes, enjoy the process and fun of constructing Jupiter, and enhance users’ creativity.” 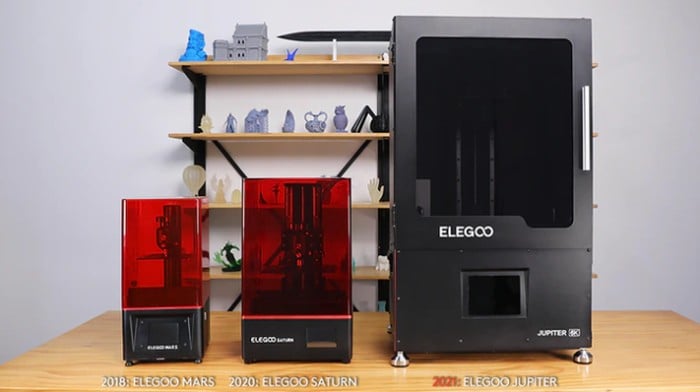 “The Jupiter is a large printer and our engineers have added handles on both sides of Jupiter’s shell to make it easier and safer to move. We have additionally added handles to the resin tank and doors to make the operation of this printer a breeze. The build plate uses a quick turning lock to fix it in place instead of screws used by other Elegoo Resin 3D Printers allowing for easier use. “

For a complete list of all available campaign pledges, stretch goals, extra media and more features for the MSLA 3D printer, jump over to the official ELEGOO crowd funding campaign page by clicking the link below.