These new phones are dead simple: If you’re madly in love with your new iPod Shuffle, skip the Bluetooth and just stick ’em on a fresh purchase of these Actrail headphones. 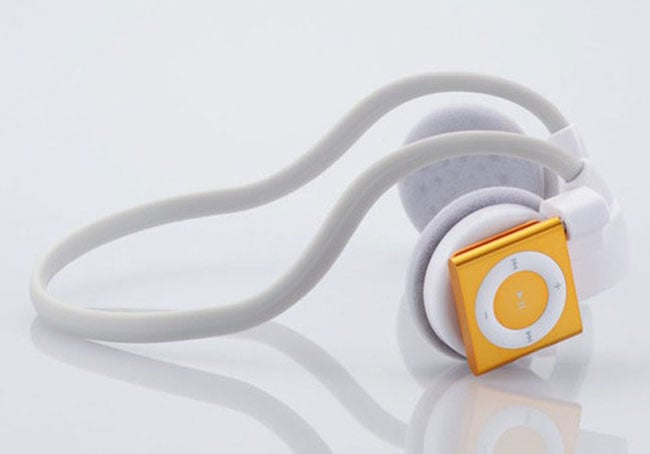 Retailing in Japan for the equivalent of $50, Elecom’s latest is a quiet exercise in practicality. As depicted in the photo above, you see the shuffle conveniently stuck on one of the phones via its earphone jack. Like we just mentioned it’s practical perfection.

Besides this neat feature there’s little else setting the Actrail apart. Also keep in mind it’s only compatible with the latest generation iPod Shuffle. However, more than one blogger has noted that an inventive hack can render earlier Shuffle versions may apply. But why stop at a shuffle. The design of the Actrail is so compelling, someone is bound to try the same on any iPod. Hmmmmmm.

Tempted now, are you? Perhaps it’s time you started hacking away on a used pair of ‘phones and someone’s iPod Shuffle. If you break both, tell the person you borrowed from you toppled over while on a stroll and both devices fell inside a well.