We have seen tons of different memory card readers here at Geeky Gadgets, the latest one from the guys over at Elecom, looks like it might be one of the most useful we have seen, the Elecom Magnetic Card Reader.

Rather than placing it on your desk, it comes with a magnetic backing which lets you attach it to the side of your PC or any metal surface. 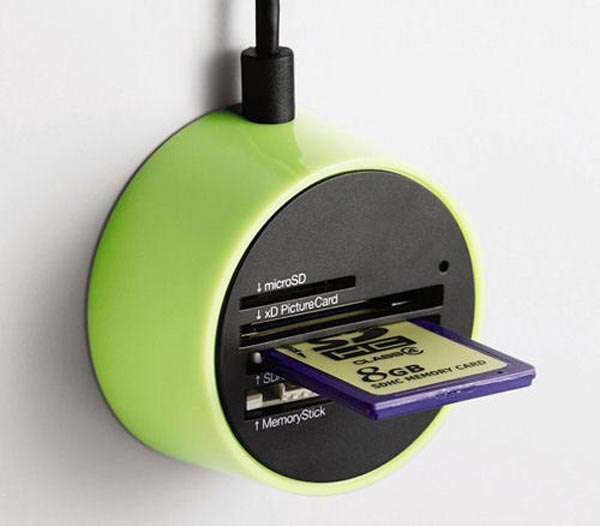 It looks like it will support the majority of memory cards including, SD, microSD and Memory Stick Duo, and it will come in a range of funky colors.

Unfortunately there is no word on pricing as yet.