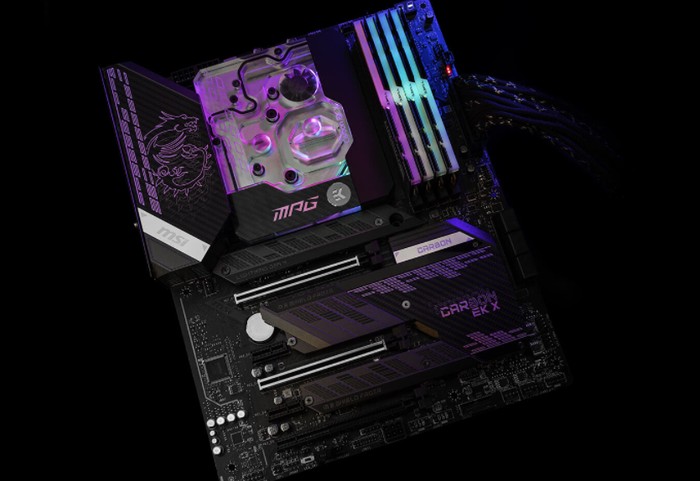 “This is a complete all-in-one (CPU and motherboard) liquid cooling solution for Intel Socket 1200 Series Processors. The monoblock covers the entire VRM section of the MSI MPG Z590 Gaming Carbon motherboard. It also has an integrated flow indicator that provides an instant overview of loop operation and coolant flow.

This monoblock boasts the latest generation Velocity cooling engine, used in the EK Quantum Lineup to ensure the best possible CPU and MOSFET cooling without reducing flow to other components. Liquid flows directly over all critical areas providing enthusiasts with an excellent solution for high and stable overclocks. Like every EK monoblock, this one also features a high flow design easily used in systems with weaker water pumps or lower pump speed settings.