A new style of alarm clock called Tick Tock has just been launched by Edifier, designed for Apple’s iPhone that combine old school looks with high tech features.The new Tick Tock, has the shape and lines of an old tradition bell style alarm clock of the 1960’s, but rather than a tradition clock face to match, it has a iPhone sync port and dock.

Rather than bells on either side of the Tick Tock, its equipped with 1-1/2-inch omni-directional stereo speakers that deliver expansive 360-degree sound from Tick Tock’s 7-watt speaker drivers. 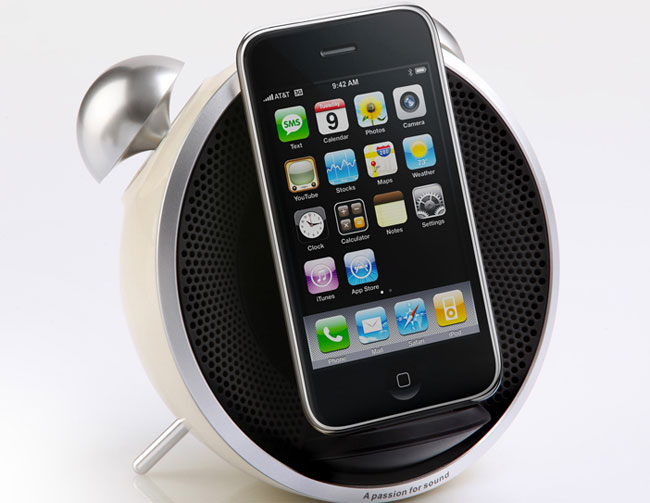 The Tick Tock features a round LCD display located in the middle and viewable when your iPhone is not docked, and shows the time and date, along with alarm input selection.

The Tick Tock alarm will either emit an alarm tone or play music from the FM, Dock, Bluetooth or AUX input, and offers a choice of 5 alarms and a sleep functions. On the back of the Tick Tock is a 3.5mm jack to accept the output from an external audio source. The alarm, volume, track navigation, FM tuner and input selection controls are located at the top of the clock, and its now available to purchase for around $80.