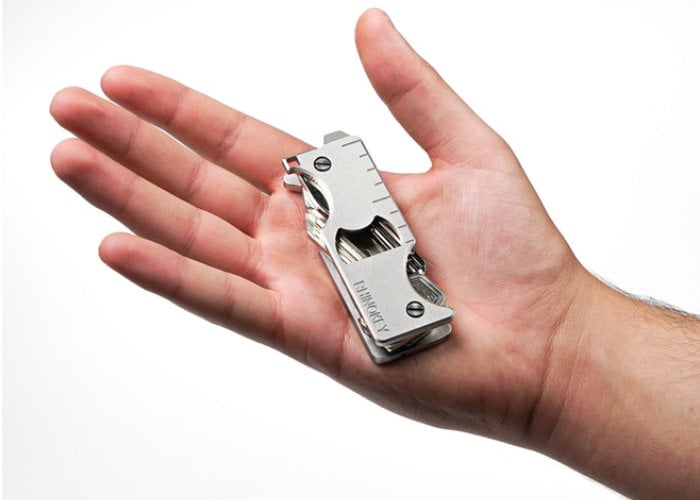 A new EDC multitool has launched via Kickstarter this week called Rhinokey offering not only a multitool but a key organiser and LED flashlight all-in-one small tool. Watch the demonstration video below to learn more about the everyday carry multitool key organiser constructed from titanium with an integrated LED flashlight. Early bird pledges are available from €34 or roughly £30 and worldwide shipping is expected to take place during March 2020.

“Organize your keys the way you want. Organize and stack unlimited different keys. No more searching for keys like on a key chain and poking keys in your pants. Included with a Build-In LED light and multiple tools for everyday functions. Rhinokey is designed to be versatile for a wide range of different keys, like car keys, small lock keys, tags, and larger keys. It’s also equipped with a small loop to attach any kind of accessory.“