Forget about the Planet Solar–Eco Slim lays claim to the title of ‘biggest’ even if it doesn’t reach the same dimensions as its heftier rival. It’s green too and not because it has trees onboard. The Eco Slim is an engineering marvel powered by two electric engines and enough solar panels to light up somebody’s house for Christmas. Designed for leisurely cruises in the Mediterranean, the Eco Slim’s humble 12 knot speed is compensated by maximum fuel efficiency that would put smaller gas guzzling boats to shame. 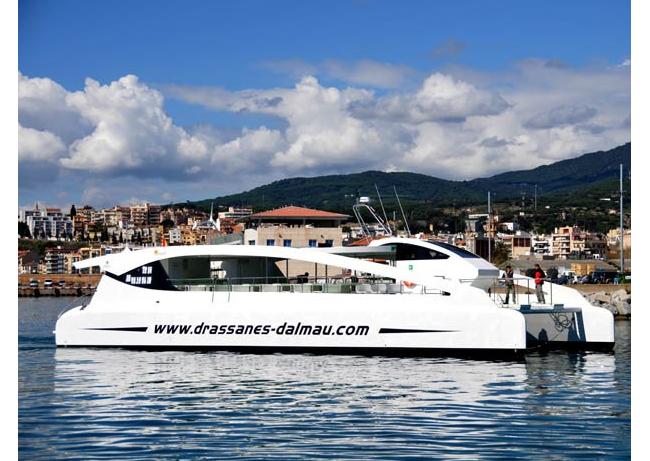 The Eco Slim was officially launched on March 31st amid a cloud of publicity that extolled its status as the largest passenger carrying ship of its kind. (Not really.) Though it possesses a diesel-electric generator, the Eco Slim doesn’t consume any other fuel except the sustainable, natural variety. Whether it’s from a sizable cargo of lead acid batteries, wind turbines, or solar panels, the Eco Slim can cruise at a leisurely place almost anywhere without emitting harmful carbon dioxide.

Another aspect of the Eco Slim worth touting is its design. Sure, it might not be as sexy as a yacht, but the Eco Slim’s lightweight construction courtesy of Spanish ship builders Drassanes Dalmau (with the help of collaborators) means it isn’t as cumbersome as most ships of its size. Believe us, the Eco Slim has room to spare, capable of ferrying 150 passengers from one location to another.