Okay, maybe we stretched reality a bit too far with the title. But your mind tends to make these assumptions once it grasps the sheer awesomeness of PlantSense’s revolutionary new product, EasyBloom. 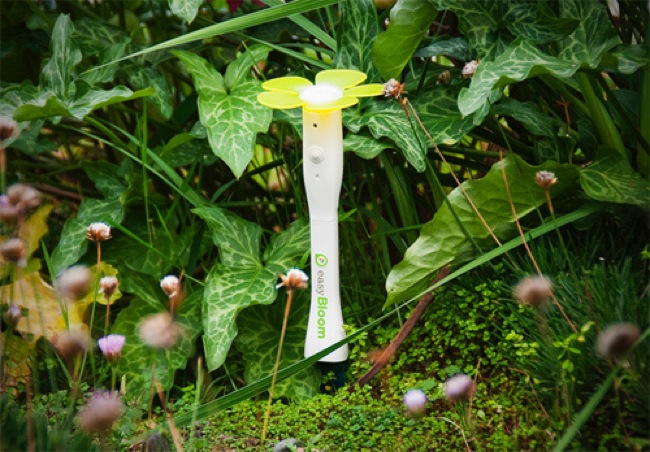 At first glance the device strikes you as an ugly flower: contrived, artificial and man-made. A quick perusal of the official literature suggests the contrary however, revealing how it serves nature’s ends in a way never before imagined.

What does it do? Stick it to the ground, leave it for a number of hours and receive data on your PC about soil conditions. It basically tells you where and where not to cultivate the green stuff (we mean plants, not money).

How does it work such magic? Not magic, of course. EasyBloom has super-classified sensors and an internet connection. After studying the soil using botanical algorithms, it transmits the data and helps you strategize the arrangement of your garden.

According to the official site, EasyBloom and the company that manufactures it was inspired by founder Matt Glenn’s experience while getting a haircut.

After noticing a dead potted plant on the window of his hairdresser’s, he began coking up solutions for improving plant survivability. He took his ideas to venture capitalists, developed the product and has now partnered with Black & Decker to get this to a garden near you.