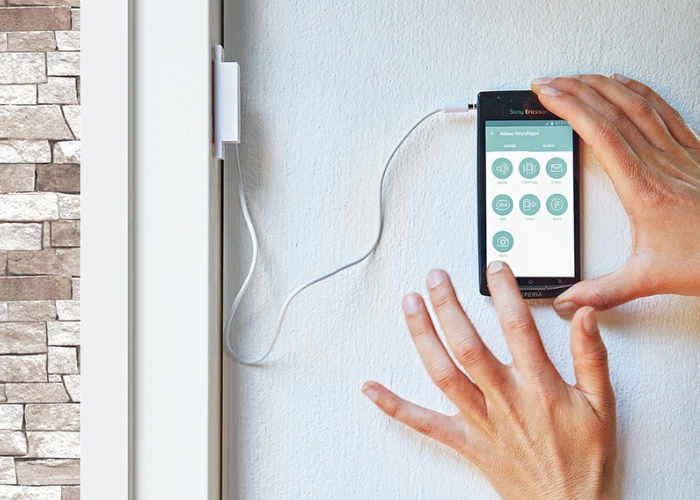 German-based developer Karsten Schmidt has designed and created a new home security system which uses the power of your old smartphone to create an easily installed home surveillance system which you can access from anywhere in the world. Watch the demonstration video below to learn more about the Globio #Jacky home security project which is launched via Kickstarter this month to raise the required funds it needs to make the jump into production.

Over 100 million old mobile phones remained unused in the German households in year 2016. A mobile phone consists of at least 25% of metals such as copper, iron, nickel, zinc, tin, but also lead, cobalt, coltan, lithium and noble metals like silver, gold, palladium and platinum. Our resources are not infinite! Avoid cell phone scrap and use an old smartphone to reach your goal! Globio is an approach by a team of people who felt the need for an easy, cheap and reliable security device. After many years of developing products in the mobile communication area the globio idea was born in January 2015. Since then it has matured as a brand and comprises a comprehensive range of individual products.

Never before there has been “so much” alarm system for so little money! The globio #Jacky ‘Door contact’ and the globio app simply use the numerous functions of an old or unused Android smartphone. Thanks to the smartphone, it does not matter how far you are away from home! With only 20 € and an old smartphone, you will experience a positive feeling of security at home on next holiday. In the event of alerting you can.

– get a call and intercept in to the room silent or talk to the “intruder” directly,
– get a short message or an E-Mail,
– let the phone take pictures or record a video and get the data sent to you,
– play a given or individual sound at home and more.

Globio is now available to back via Kickstarter with early bird pledges starting from just €12 and delivery expected to take place during January 2018. For full specifications and more information jump over to the official Kickstarter campaign page via the link below.