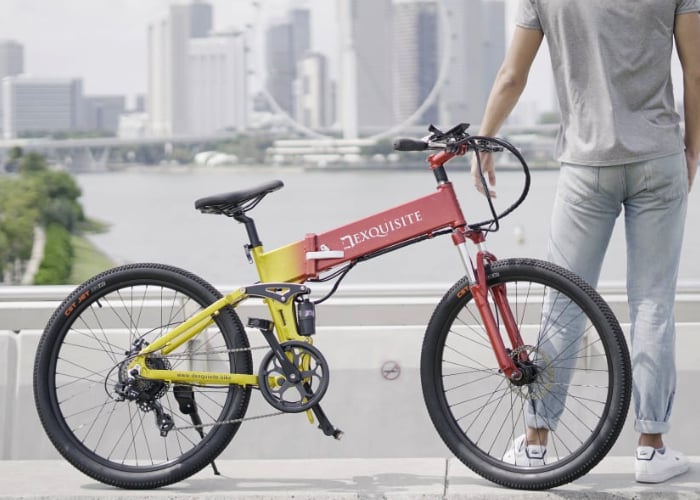 Dexquisite the Singapore start-up with a vision for a greener future has created the world’s first self charging electric bike. Enabling owners to enjoy longer bike rides and even charge flat batteries as they ride. Back in 2018 Dexquisite started disrupting the overpriced and outdated eBike industry launching its first DX electric bikes. 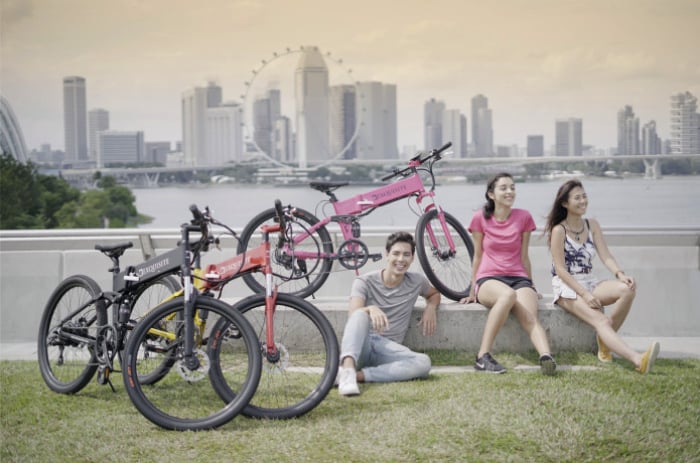 Building on those first designs the company has now refined what an “electric bike should be” and designed a regenerative self charging system. Offering an electric bike that is environmentally friendly, affordable, versatile and powerful thanks to its 250w or 500w self-charging motor hub. Watch the promotional video below to learn more about the DX self charging electric mountain bike and its features.

Dexquisite offers a range of eBikes that can be equipped with either 250w or 500w motors offering top speeds of up to 20 mph or 32 km/h. Combined with a the smaller 10.4Ah battery, the DX electric bike is capable of 45km or 27mile. Although upgrading to the 13.6Ah battery offers a larger range of 65km or 40 miles. Specifications for all three electric bikes the DX, DX+ and DX500 are listed below. 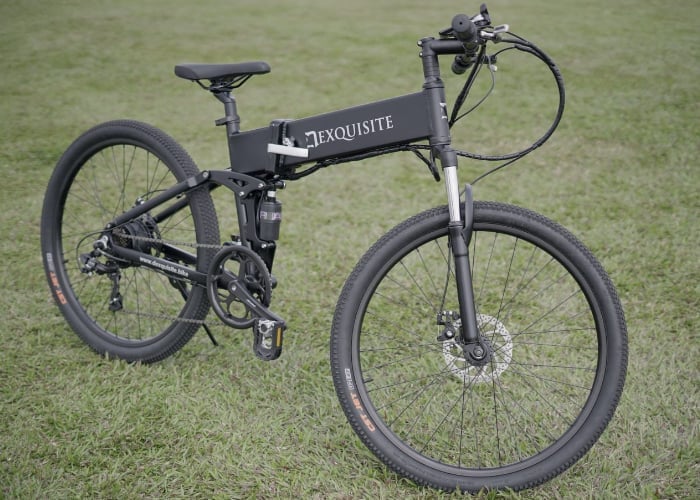 Once you are selected your desired motor and battery capacity Dexquisite also offers customers the ability to choose a variety of custom colours and initialling service. enabling you to have a custom hand-painted E bike with a two tone finish if desired meaning no two bikes need be the same. 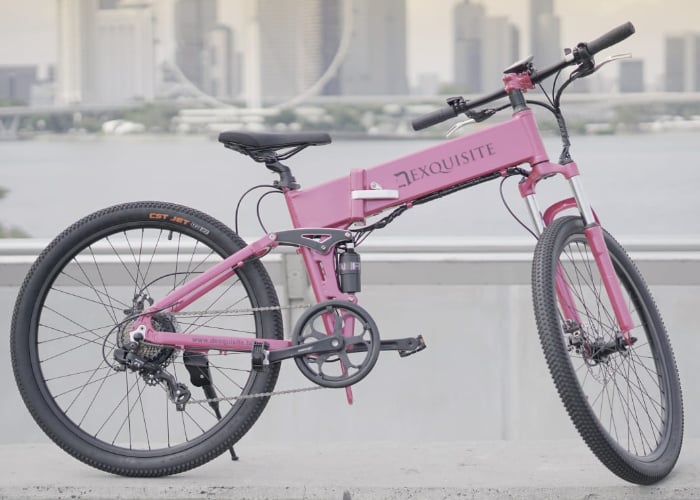 Together with a wealth of features including a central hinge allowing you to easily store or transport your electric bike when required, a waterproof smart LCD display and nine speed level assist modes. A handy USB port has also been provided enabling you to charge your devices directly from the bike. Security is also covered by an antitheft password lock and battery lock system 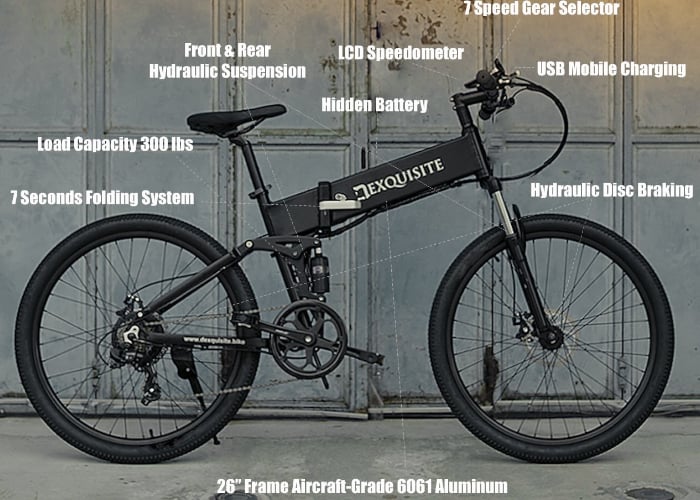 The Original DX eBike in the company’s Signature Matte Black finish is now available from just $999 equipped with a 250w motor or $1499 for the more powerful 500w electric bike both of which will start shipping out to backers during August 2019. If you are interested in a custom paint finish options are available from $1,299. While the limited edition Custom Hand-Painted eBike with a 500w motor is available from $1,799. Dexquisite explain a little more about the company’s philosophy is an inspiration.

“We’re inspired by innovators and the go-getters, so our design embodies their very spirit. Dexquisite is the only eBike Company in the market that allows our customers to have their ebike in custom colors, with their own initials on the frame, as they’re built for adventuring and we dare to disrupt the norm. Above all else, we create the dream of enlivening our ultimate mission: to inspire you to live life on your own terms.” 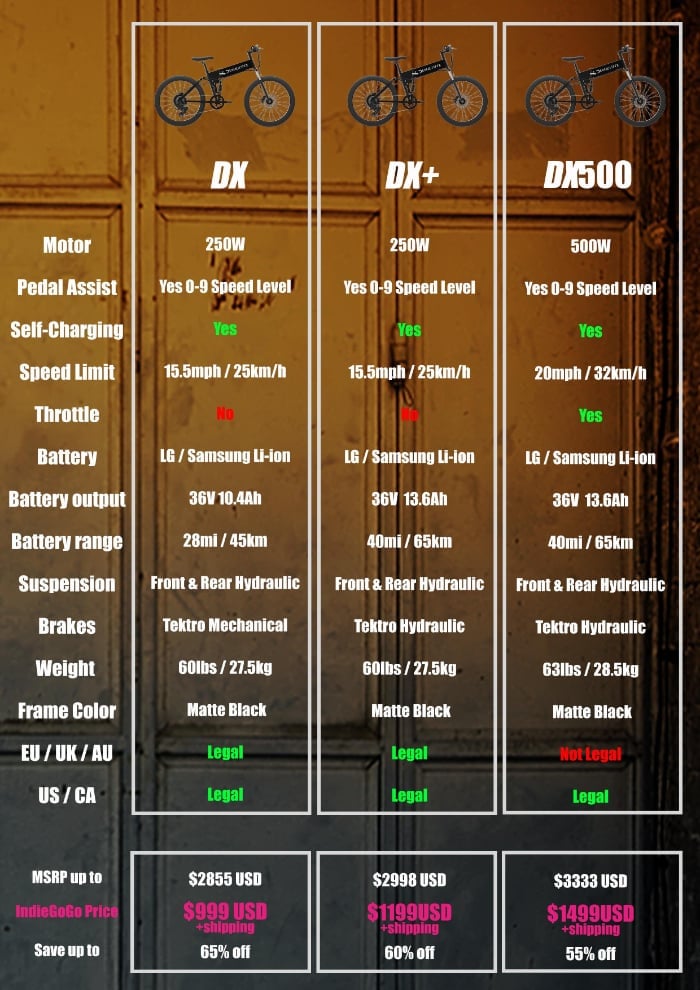 For more details on each of the unique self charging electric bikes now available from Indiegogo jump over to the official project page by following the link below. Thanks to the direct to consumer supply chain Dexquisite is able to cut out the middleman offering high quality DX eBikes at the fraction of the cost compared to other retailers in the market.