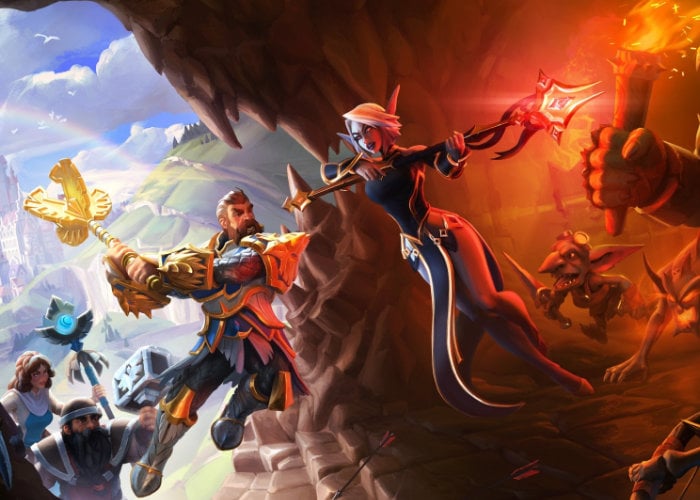 “Build and manage your own dungeon as an evil Dungeon Lord, recruit new monsters and place cunning traps for unsuspecting adventurers – all while spreading your evil.”

“Dungeons 3 Complete Collection is the ultimate edition of the latest installment in the popular Dungeons series of strategy games.This collection includes the base game, several free content updates and seven expansion packs!”

– Experience the critically acclaimed dungeon manager in its full glory with unforgettable characters in an epic tale of the everlasting fight between Good & Evil!
– Contains expansion packs “Once Upon a Time”, “Evil of the Caribbean”, “Lord of the Kings”, “Clash of Gods”, “An Unexpected DLC”, “Famous Last Words” and a new skirmish map pack as well as several free content updates.
– Size does matter: A total number of 50+ missions and more than 50 hours of playtime, randomly generated maps, a brand-new co-op mode for two players, competitive multiplayer, more rooms & monsters, and more unique abilities.
– Speak (no) evil: The fan-favourite Dungeons narrator is back with his unmistakable voice, continuing the Dungeons legacy in the best way possible.