Personally I never thought we would see the day that the sequel to Duke Nukem actually went Gold. Meaning that all work is now finished on the game and it is now in its final release version ready for launch.

Duke Nukem Forever is the sequel to the 1996 game Duke Nukem 3D. After only 15 years in the making by a handful of different developers 2K Games now looks close to actually releasing a finished version. The new and highly anticipated Duke Nukem Forever is expected to launch on June 14, with a demo coming on June 3 for pre-order customers and those who bought the Game of the Year Edition of Borderlands. 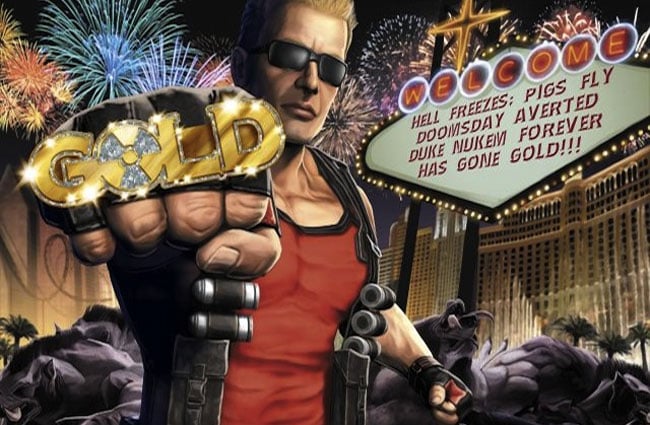 “Duke Nukem Forever is the game that was once thought to be unshipppable, and yet here we are, on the precipice of history,”

“Today marks an amazing day in the annals of gaming lore, the day where the legend of Duke Nukem Forever is finally complete and it takes that final step towards becoming a reality.”

Fingers crossed for 2K Games that nothing else can go wrong.