Touted as a new frontier for extreme sports in the snow, the Dual Snowboard is just that: A couple of boards that allow the wearer greater mobility in the snow. It’s the verve of skiing plus the rugged intensity of boarding. It isn’t meant to replace either but instead amplifies the outdoor experience of zipping down a slope and doing crazy stunts. 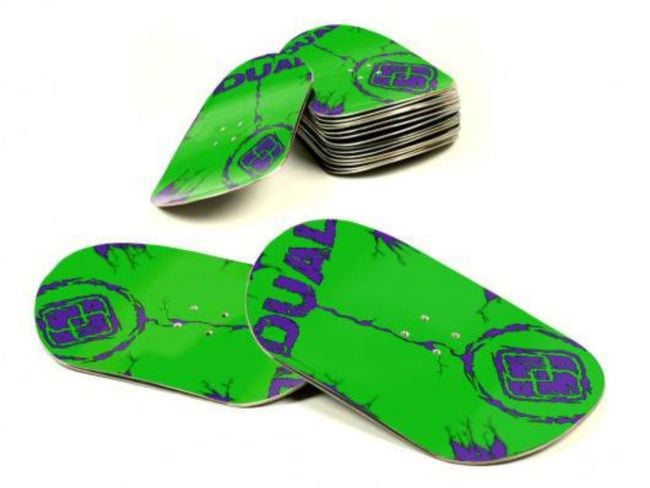 According the the Dual Snowboards guys, what makes this combination appealing is the flexibility it affords the wearer. Not only can they walk on snow without feeling encumbered, but pulling off mad stunts is also possible.

The boards, which have stainless steel rims around their wooden core, are now selling for $265 a pair.