HTC has launched a dual SIM HTC One in the UK, the handset is now available to pre-order in the UK direct from HTC for £494.99 including taxes. 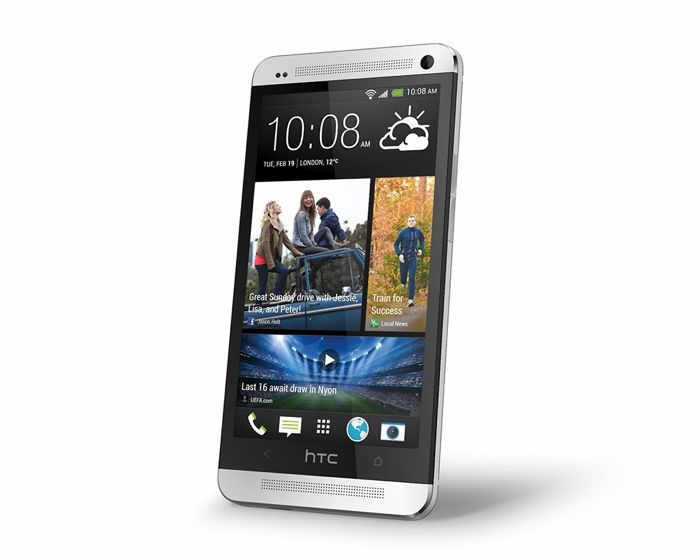 The rest of the specifications on the dual SIM HTC One remain the same as the original device, it comes with Android Jelly Bean and features HTC Sense 5.

The dual SIM HTC one features a 4.7 inch full high definition display with a resolution of 1920 x 1080 pixels, the handset is powered by a 1.7GHz quad core processor and also 2GB of RAM, the handset also features 32GB of built in storage. 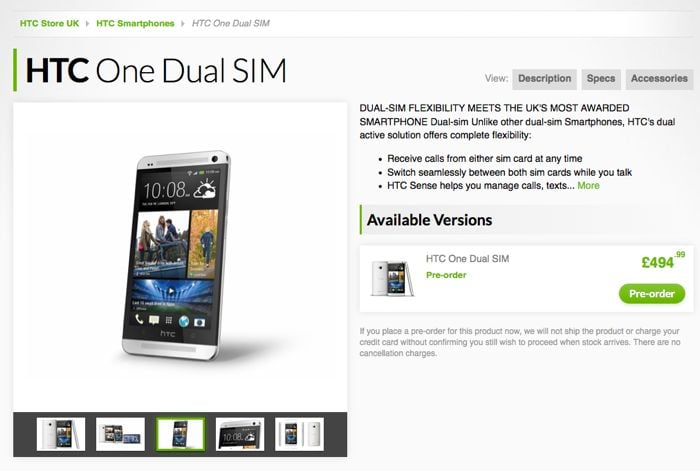 Other specifications on the handset include a 2,300 mAh battery, WiFi, Bluetooth 4.0, Beats Audio, GPS+ GLONASS and front and rear facing cameras.

The dual SIM HTC One feature a 2.1 megapixel front facing camera and a 4 megapixel HTC Ultrapixel camera on the back with an LED flash, auto focus and the ability to record full HD video in 1080p. You can find out more details about the device over at HTC.