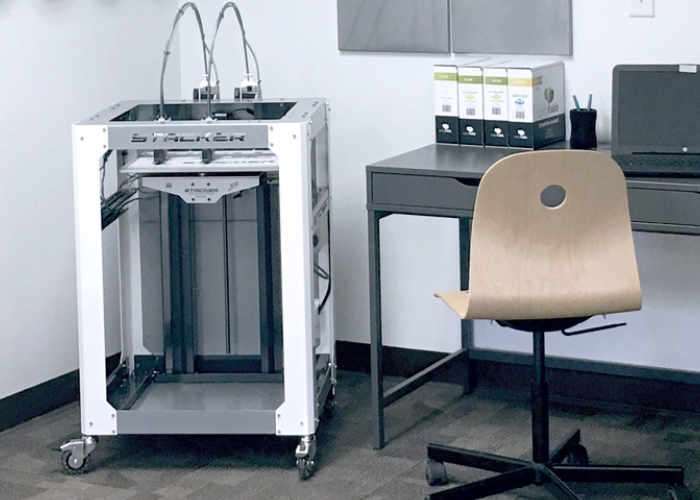 Hardware manufacturer Stacker has this week unveiled a new dual head 3D printer which has been created to provide an industrial grade 3D printer for the educational and professional manufacturing markets.

Priced from $5,495 the Stacker S2 3D printer can be seen in action in the promotional video below and is equipped with a number of features that set it apart from others in the market such as a copy mode, dual colour or material mode as well as the ability to use a single head if required.

The development team at Stacker explain more about the new addition to their range of 3D printers which is capable of creating designs as big as 175mm X-axis x 315mm Y-axis x 525mm Z-axis.

Most users want a printer with more reliability and less maintenance. They want more from their printer: bigger capacity, faster printing, and of course finer quality prints. Having a printer that can be easily moved from one room to the next is also a must have for busy work groups, schools, and large companies.

The S2 fills a void in the market by providing a true industrial grade 3D printer that is not only affordable to purchase but affordable to operate. The S2 requires no service contract and exceeds the print quality of printers costing thousands of dollars more. For users currently printing with hobby grade printers, the S2 is a huge upgrade in performance and reliability, with pricing well within their budgets.

You can print two identical objects at the same time for two times the print speed. As you can see in the photos and video below, you can position and lock the second head along the X-axis. Each printed object can be as big as 175mm (X-axis) by 315mm (Y-axis) by 525mm (Z-axis).

For more information on the Stacker S2 3D printer jump over to the Kickstarter crowdfunding website where the hardware has already raised over $100,000 with still 29 days remaining on its campaign.