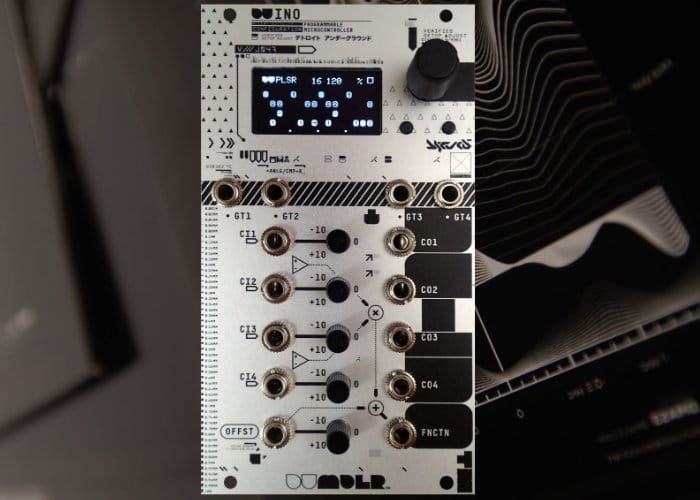 Aaron Mavrinac has designed and created a new compact programmable digital-analog function platform called the DU-INO. Offering 14 configurable I/O, using precision ADC and DAC circuits and an analog computer, providing a vast array of functions. Together with a graphical OLED display and tactile inputs creating a rich user interface. Watch the demonstration video below to learn more about the features and functionality of the Eurorack synthesiser module and Arduino shield, from “Detroit Underground that can become anything you want it to be”.

The DU-INO is now available to back fire Kickstarter with early bird pledges available from £159 or C$270. If all goes well worldwide deliveries expected to take place during December 2018. At present, the following modules are implemented:

“We’re also building a growing library of example functions, each of which effectively makes DU-INO a whole new module. Our eventual aim is to create a wide selection of Detroit Underground inspired functions geared toward techno and IDM…. and we have an absolute ton of other ideas in the pipeline, so stay tuned! “

At present, example functions include:

– A dual ADSR envelope generator and VCA combo, with a trigger input to switch between envelopes.
– PLSR, a stochastic drum sequencer where the CV inputs control the probability of the corresponding drum hits in a pattern.
– QNTZR, a classic CV pitch quantizer, with a variety of preset scales and the ability to create custom scales.
– A complete digital clone of our own DU-SEQ pulsing sequencer.

By using the link below jump over to Kickstarter for a full list of all available pledge options, specifications and applications. If you are interested in creating Arduino projects you might also be interested in the world’s smallest Arduino development board.