Dropbox that handy online cloud storage service, has this week launched a new service called Dropbox Chooser which has been designed to provide an easy way to integrate the Dropbox service into your web applications.

The new Dropbox Chooser has been developed to enable users to integrate Dropbox features into their web applications by adding just a few lines of HTML. 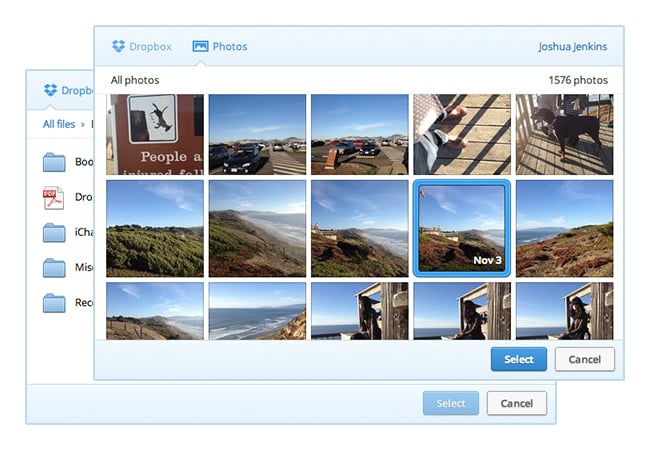 The Dropbox Chooser can be implemented as a simple button or called from JavaScript, Dropbox explains:

“We built the Dropbox Chooser after seeing many developers spend precious time creating file selectors of their own. Although it seems simple in functionality, building a great user experience for selecting files takes a lot of time. With the Dropbox Chooser we’re making Dropbox more accessible for our developers with a simple file browser that includes built-in search and photo gallery.”

For more information on the new Dropbox Chooser jump over to the Dropbox for full details and documentation about how to implement it into your own web apps.