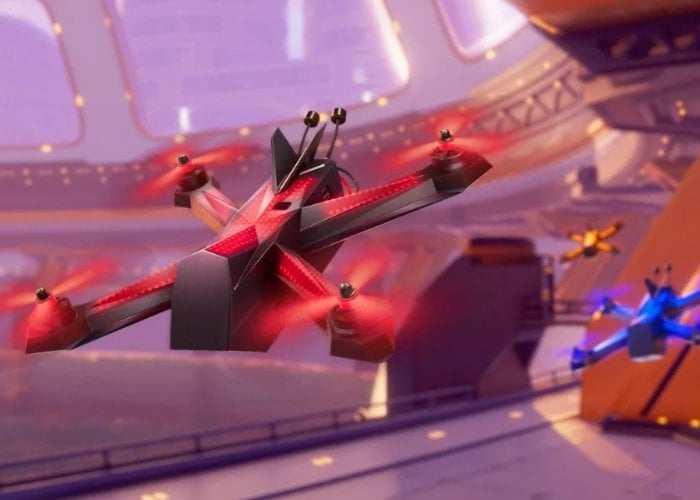 If you would like to brush up on your drone racing skills you may be interested know that the official Drone Racing League Simulator has launched on the PlayStation platform this week and is now available to play. The Drone Racing League Simulator is the official game of the Drone Racing League (DRL) and simulation engineers built the simulator with true-to-life drone components, physics, and aerodynamics, enabling players to fly, build and race drones exactly the same as in real life (IRL). Check out the video below to learn more about what you can expect from the drone simulator now available for the PS4.

“Race like the DRL pros through a real-time multiplayer mode, battling it out against friends and competitors across more than 20 unique maps — including 18 replicas of real DRL courses as seen on TV — like the sports and entertainment arena, Allianz Riviera in France, U.S. Air Force Boneyard map of a deserted airport, and Hard Rock Stadium, home to NFL’s Miami Dolphins in Miami Gardens, Florida.

Navigate nonstop obstacles including diamond-shaped gates, tight corners and real-world forces like gravity and turbulence. Watch your performance in the advanced replay system and compare your times against players and pros on the leaderboard. And take your new drone skills for a spin offline to feel what it’s like to fly like a bird, soaring through the world from a drone’s eye view.”